Portrait of the week – David 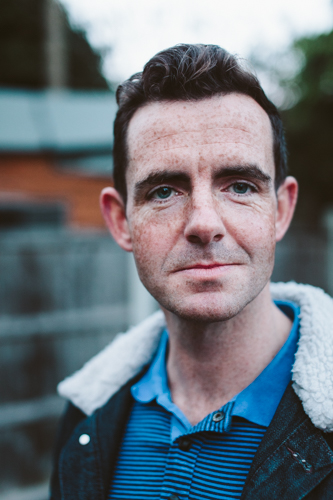 So David was actually my portrait of last week, but I’m a bit behind and wanted to feature him, so here he is.

I met David at a housewarming party and it soon became clear that we knew several people in common. Not particularly surprising, seeing as he runs a pub in my local area. I enlisted him as my daily portrait and we went into the garden as the light was fading fast.

David was full of energy and wouldn’t stay still for long enough for me to get the photo I wanted, and this was exacerbated by the fact that we had a bit of an audience.

This was the only frame in which he was both standing still (so not blurred), and looking at the camera without a trace of self consciousness. I love his expression, which seems at the same time frank, honest and disarmed. Like we’re really seeing him, but he’s really seeing us too.