Portrait(s) of the week – Via degli Orti

I swapped the bustle of Hackney for the sweeping Tuscan Hills (and a full-blown Italian heatwave) during the first week of August. I was there to take part in a workshop on ‘Storytelling with Portraits’ with the wonderful documentary photographer Rena Effendi as part of the Tuscany Photographic Workshops programme.

Italy is famous for its fresh, flavoursome produce and there was an abundance of kitchen gardens – or orti – around the village of San Quirico, where we were staying. I chose this topic – the gardens and those who tended them – as a doorway to exploring the way of life in this little Tuscan town.

Via degli Orti is the name of the San Quirico street, lined with walled kitchen gardens, where most of these photos were taken. 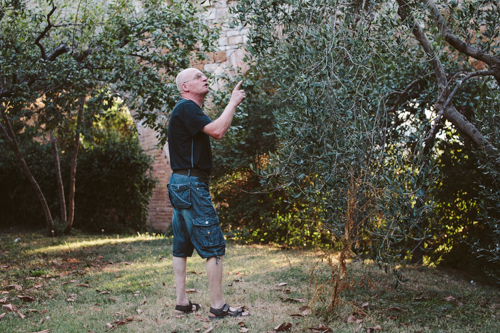 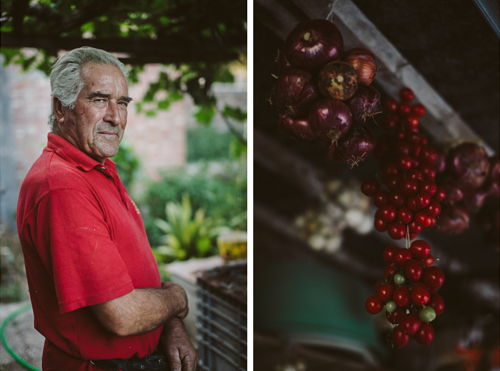 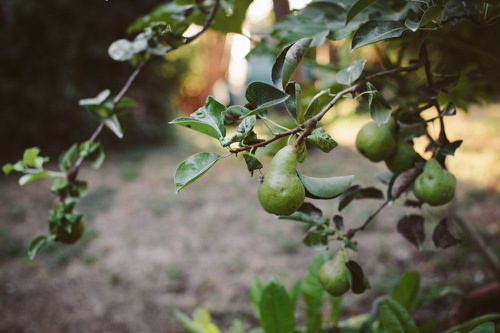 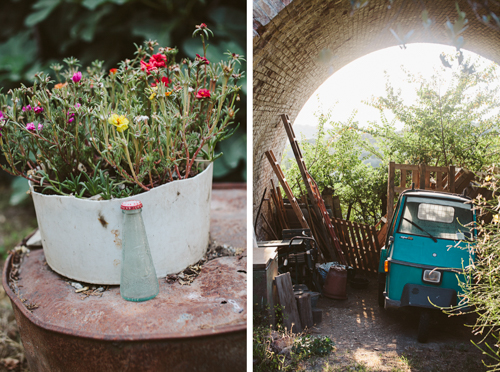 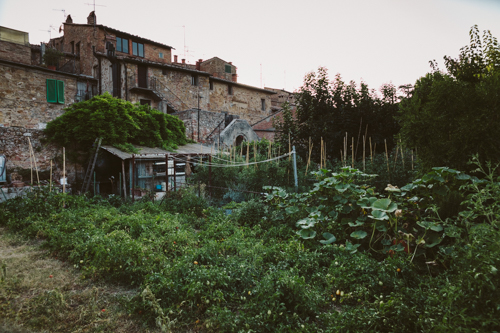 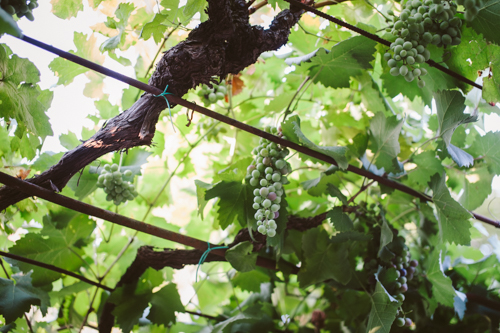 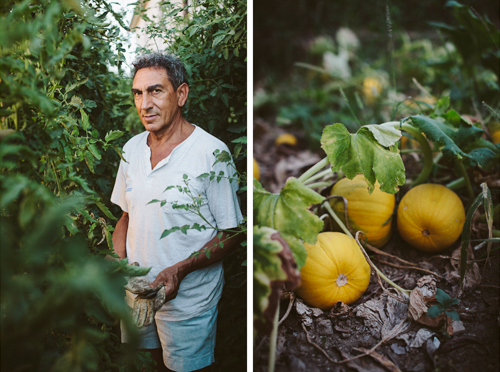 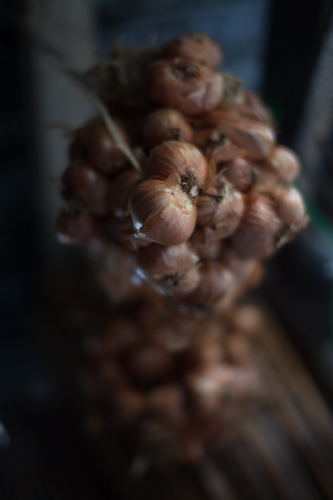 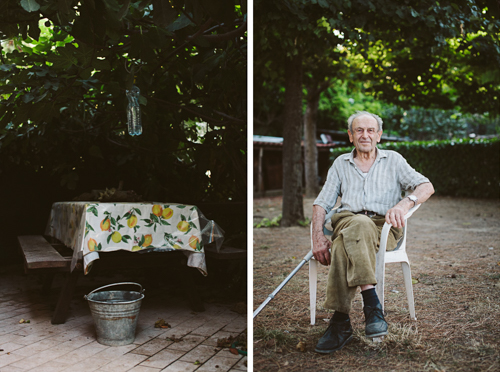 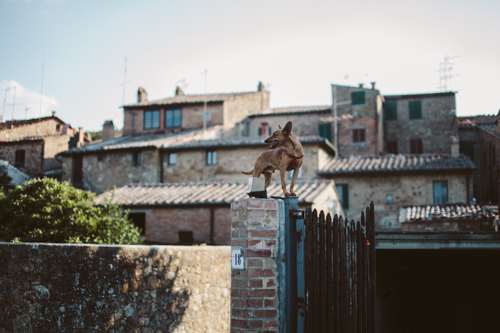 Portrait(s) of the week – WOMAD

The mud and cold were a not-so-welcome change from last year’s balmy temperatures, but the music was just as fabulous.

I covered WOMAD as part of the Rhythm Passport team and here’s a selection of portraits of some of the brilliant performers I was lucky enough to meet. They came from all round the world to share their rhythms, melodies and stories with the damp-yet-appreciative festival crowd.

Check out their interviews on the newly revamped Rhythm Passport website. 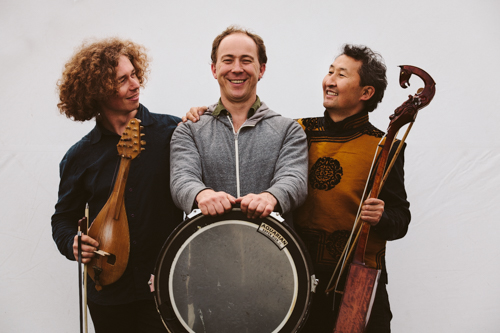 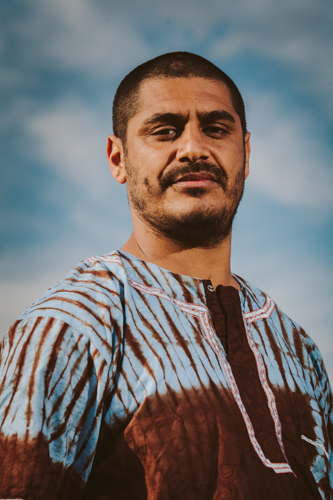 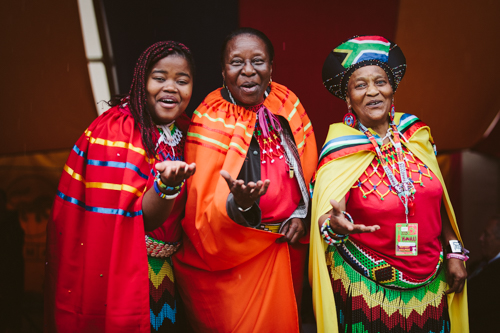 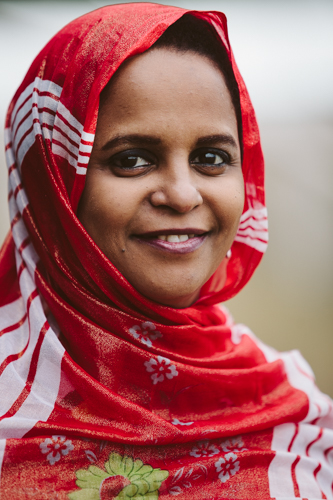 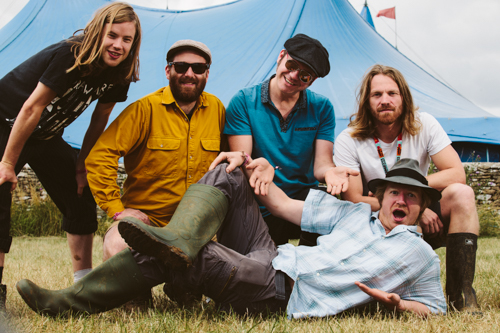 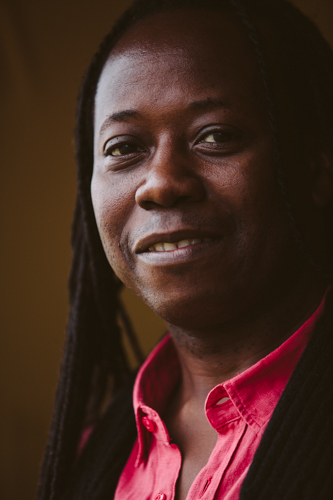 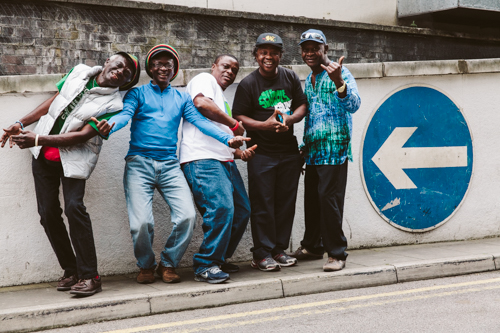 The Sierra Leone Refugee Allstars – a more charming bunch you’d be hard pressed to find. Sadly they’re not playing a UK gig this time, just passing through on their way to a tour of Germany.

I met them at the British Red Cross HQ in Moorgate last Tuesday. Along with some UK musicians, they’re working with the organisation to record a concept album about the stories of refugees and asylum seekers.

Moorgate is not the most photogenic part of London, especially with all the Crossrail work at the moment. Luckily, I had time for a quick recce of the area before our meeting and found this spot on a side road heading up to the Barbican. The guys responded brilliantly to the quirky location, and by marvellous coincidence the signage coordinated perfectly with colours of their clothes.

Portrait of the week – Sarah 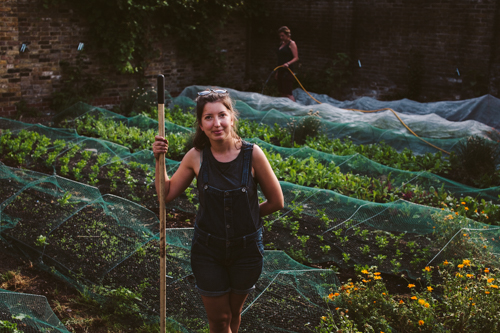 Sarah is a Growing Communities patchwork gardener, working here at the Kynaston Road market garden, which is practically over the road from where I live on the High Street.

There are little urban farming plots all over Stoke Newington and Hackney, and you can buy bags of the Hackney Salad they grow there. I just love that this is so. And I haven’t got space to grow my own food so this is the next best thing.

Portrait of the week – Kike 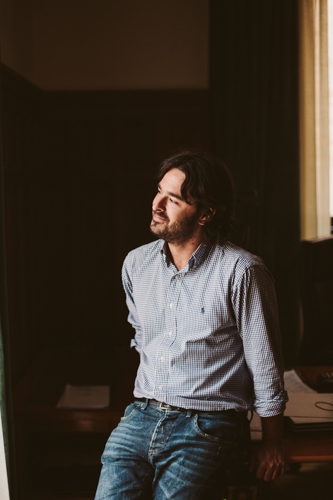 Kike is a human rights lawyer and an old friend of mine – we lived and worked together in Guatemala in 2007. I saw him in Spain with some other friends last week and our visit coincided with him taking his new and rather unexpected office as mayor of the municipality of Llanes, Asturias.

There’s a great story behind this – much of which, with my rusty Spanish, remains somewhat hazy to me… It goes something like this: Following the success of Podemos in the last Spanish elections and fed up with endemic local corruption and a dearth of political alternatives, switched on Llanes residents came together as a non-party political platform called Vecinos por Llanes to represent the local population.

After meeting and talking to people throughout the municipality and carrying out a successful social media campaign, Vecinos por Llanes won three seats in the local elections. At which point all the other parties and independents proposed a coalition to oust the incumbent mayor and her party and do something about the mess they’d created during almost three decades of power.

I don’t think anyone was more surprised than Kike to find himself actually elected as mayor. He’s perfect for the job though; super smart, with a passion for social justice and solid legal experience. Exiting times. I’m looking forward to seeing what happens…

Portrait of the week- Abigail 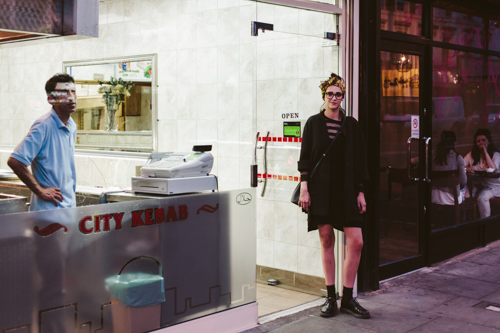 I bumped into Abigail, a book editor, on Stoke Newington High Street on Thursday night as she was waiting for her kebab. She was dressed very strikingly with her printed headscarf and Doctor Martens and I wondered if she might be an artist.

She said she’d recently moved into the area and I didn’t have the heart to tell her (or to offend the chef standing beside us) that the best place for kebab in Stokey was actually only a few doors further up the street.

Portrait of the week – Jay 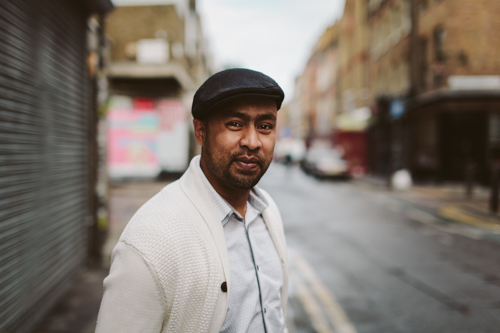 Jay seemed a bit of a natural, striking some professional poses as I was making his portrait, and I asked him about it. Only turns out he worked as a model years ago in Bangladesh. Now an owner of a restaurant in Brick Lane, I met him plying his trade outside the Old Truman’s Brewery, Hanbury Street, on Saturday night. Actually he was nominated by his friend on the other side of the road, but was happy to be daily portrait #153.

I’d got stuck in Brick Lane, having emerged from the Free Range photography degree shows and talks to find it properly chucking it down. Jeans, sandals and a leather jacket are not ideal for wet-weather cycling.

On the other hand, if you can avoid the actual downpours, there’s a lot to be said for wet-weather photography. I like the muted tones it’s brought to this portrait, and the way the soft background smudges the details of the puddly grey street like an impressionist painting.

Portrait of the week – Kathryn 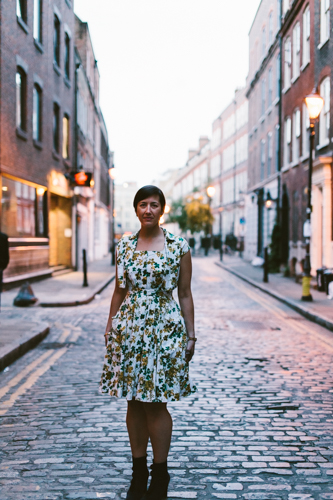 This is Kathryn Geels, a photographer, writer/journalist and publicity officer for London Independent Photography (LIP). Originally from Brisbane but a pretty established Londoner these days.

I help run the LIP Shoreditch satellite group and we made this portrait after last Monday’s meeting, outside the Water Poet pub on Foley St, Spitalfields. We got the very last of the daylight at about 9.30pm.

I love the wonderful long days of the British summer, they’re one of the things that drew me back after years of living abroad. I also like cobbles very much.

Portrait of the week – Philippe 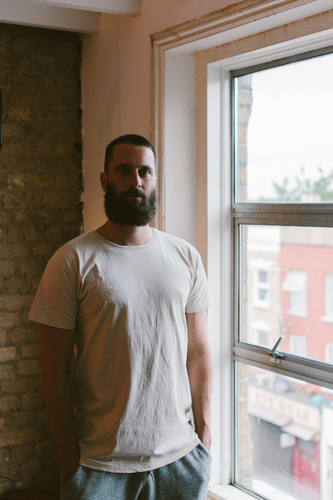 My neighbour Philippe Malouin. He’s a brilliant furniture and interiors designer from Canada originally but now living on the top floor of my building. His flat is very stylish, not surprisingly! And has great views over Stoke Newington and Hackney. This isn’t the portrait I posted in my daily blog but I think maybe I like it better…

Portrait of the week – Craig 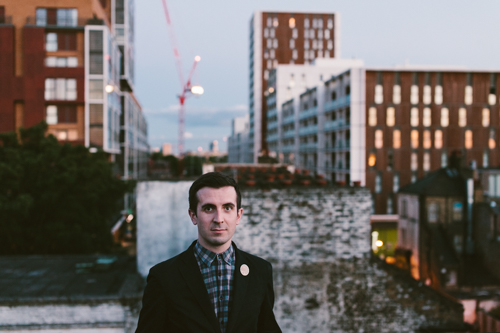 Craig Stevenson, a fellow photographer and member of London Independent Photography. This portrait was taken on the Dalston Rooftop Gardens, a bar and venue crowning the building that also houses the Arcola Theatre. The view behind shows the changing urban landscape; a controversial luxury property boom spurred by improved transport connections and an increasingly-fashionable postcode.